It’s such a waste of time and energy to have git-ignorant co-worker. Read the damn manual. A good place to get started with git is here

Git is a free and open source distributed version control system designed to handle everything from small to very large projects with speed and efficiency.

With Git it’s easy to undo changes back and forth with a precise explanation of the changes that are made. It has the ability of:

add all modified and new files to staging area

add all files of directory to staging area

Get help for any command

Blow away all changes since last commit

Reset into staging and Move to commit before ‘HEAD’

Add to the last commit with new commit message

Undo last commit and all changes

Undo last 2 commits and all changes

get the remote changes to local remote branch

To clean up deleted remote branches

Determine who made changes to a file.

Remove all unexpected files in your project (not committed).

To push to remotes

Save uncommitted changes for later use

Pull Request (PR) is a Github feature that allows users to collaborate better together. Usually in source control software there is a main branch that describes production — in git it is the master branch. One can create a feature branch and make changes there, then issue a PR to the master branch for someone else to review, approve or reject the changes and merge to the master branch eventually. Discussing potential improvements is crucial to write and maintain a high quality repository. 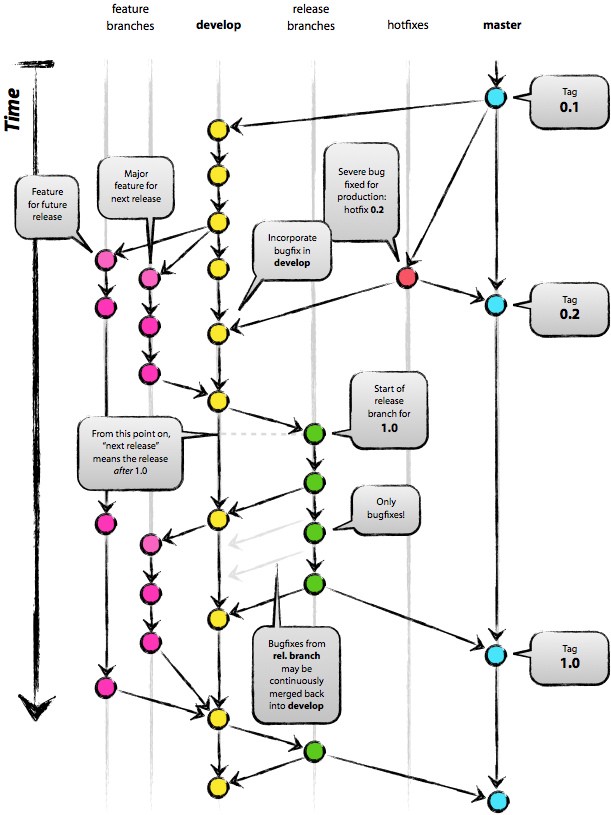 Now PR is a Github feature, but it relies on the git feature named request-pull. Git supports PRs by providing a feature that lets you request a pull from one working set to another from different branches or different repositories. The command lets you review a summarise of the feature branch with all the commits and changes that are going to be merged. When working with PRs it is recommended to work in a feature branch and not on the master and make PRs to the master.

From Promise chains to Async/Await  →